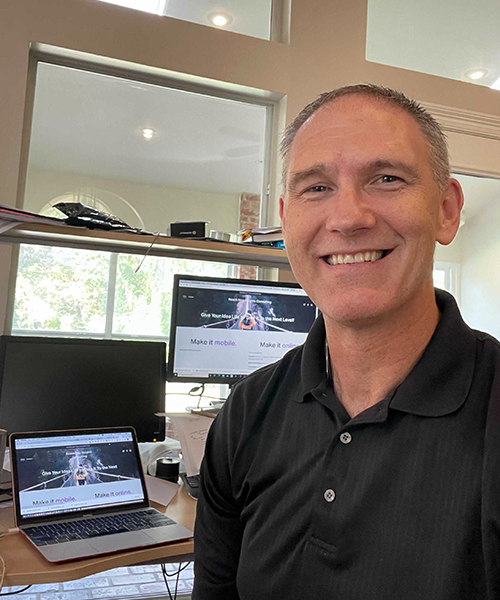 RebootLA participant Seth Sundberg spent five years inside federal prison, and he recalls his transition to society as terrible. He said that being incarcerated messed him up physically and mentally because he dealt with very extreme circumstances when he was inside, and the skills he learned to survive in prison were not useful elsewhere.

Seth shares that when he was released from prison, he found that even the most mundane things were difficult to do. He had to relearn how to buy things, how to smile and say hello to people, and how to use a new phone after missing five years of technological advances.

Transitioning as a returning citizen was difficult for Seth, but he was able to do so with the support of reentry organizations.

Seth came to RebootLA after hearing about them from Defy Ventures, a reentry organization where he was part of an Entrepreneur in Training program. Defy Ventures helped Seth further develop a nutritional protein bar called Inside Out Goodness that he started in prison to supplement prison food. This same entrepreneurial spirit led Seth to RebootLA in hopes of starting his own tech consultancy.

When Seth joined RebootLA, he did not know how to write a single line of code, but he understood the importance of code to tech and the growing demand for developers in the job market. Even though Seth's training was strenuous, he was able to graduate as a Full Stack Web Developer and launch his consulting business, Reach New Heights.

Seth hopes to expand his business into the real estate industry, where he sees a lot of opportunity to upgrade poor websites to current tech standards. Seth shares that he would also hire formerly incarcerated people because their resilience is an invaluable quality. Returning citizens are genuine and resourceful with their environment and are able to understand the framework of how people think.

Seth recently worked with fellow RebootLA participant Martha Ayon, featured in the July 26, 2021 issue of EWDD Updates. Together, they launched a website for the nonprofit Open Access, which helps Latinx and Black Community Development professionals accelerate in their professional careers.


EWDD administers and supports several incubators in the City of Los Angeles through Community Development Block Grant (CDBG) funding, including RebootLA, an innovative, intensive web development and tech entrepreneurship program that gives re-entry individuals an opportunity to launch their own tech companies.

City of Los Angeles residents that have a criminal record with a state, city, or federal corrections or probation departments are eligible to apply. All services are provided at no cost to the RebootLA participants.


This story is part of the EWDD UPDATES from the week of November 1, 2021. Read this issue and more.