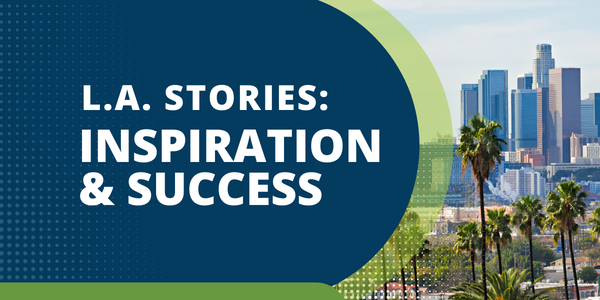 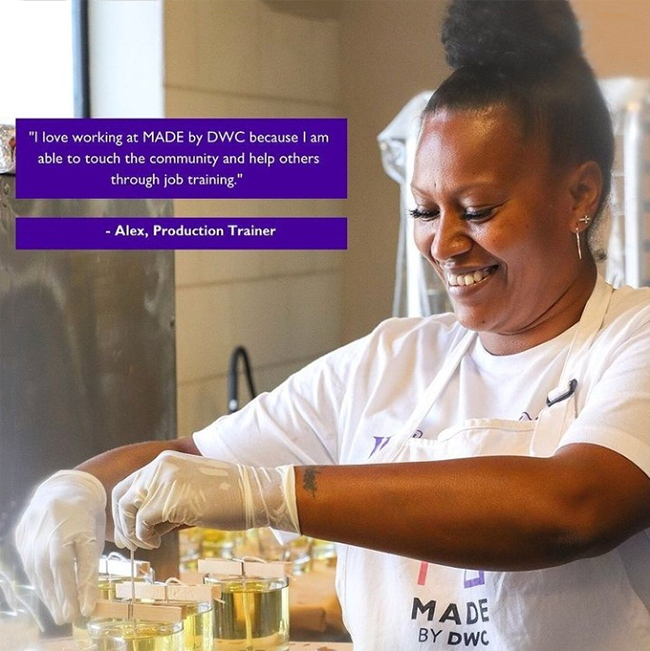 EWDD Updates from June 20, 2022, shares a success story featuring Alexandria, a women able to pursue a new career with job training from the Downtown Women’s Center and support from the Los Angeles Regional Initiative for Social Enterprise (LA:RISE) partnership.

“My name is Alexandria and I'm from a little town in Texas called Texarkana. I have always dreamed of moving to Los Angeles and being a bartender. Once all of my children moved out of the house to pursue their dreams I decided to pursue my own.”

She gathered her belongings and her little bit of savings, then took a bus to LA. She arrived on December 14, 2019. “I was so excited because the next day was my birthday, and I was in the city of my dreams.”

As soon as she got off the bus, two pieces of her luggage were stolen while she was in the bathroom. “I had only been in LA. a few minutes and I was already robbed. I never caught the thief, but I did not let that get me down.”

Alexandria checked into a bed and breakfast and learned how to navigate her way around LA. Her job search did not go as well as she hoped, due to the holidays. Then she lost her wallet.

“I had no ID, no debit card and little money left and there was news of a virus spreading across the world. I did not know what to do. I started asking around and no one would talk to me or stop and try to hear what I was talking about, until one woman on the bus told me to go downtown. As soon as I stepped off the bus, the first person that I saw and asked for help stopped and helped me.

"I know a lot of people talk about Skid Row being a scary and dangerous place, and it can be sometimes, but it is way more than that. It is a community of people who genuinely care about each other. The Skid Row community embraced me and took me in when no one else would help. I went from sleeping on floors in different SROs to sleeping in a tent for about a month when a man named Mr. Lowell came by and struck up a conversation with me. He worked with LAHSA, and he enrolled me in Project Room Key, and I was in a hotel the next day. My prayers had been answered! All I needed was a chance and an opportunity and I was going to make the best of it. I stayed in a hotel for eight months and while I was staying there, I signed up for employment services.”

Alexandria received a call from a WorkSource Center and she was connected with the LA:RISE program. She received help obtaining a new ID and developing her resume. Through LA:RISE, she received paid job training through the Downtown Women’s Center (DWC), where she now works full-time. Her new job offers health care benefits, which she never had when she was a bartender.

“I was so excited and thrilled for the opportunity. I completed the LA:RISE program which I will forever be grateful for because it turned this 6-year Air Force veteran and 20-year bartender into a candle maker, and I love it!"

Since graduating from LA:RISE, Alexandria has been interviewed by Spectrum News, Gifts for Goods with NBC4, and a radio station. She was also recently featured on a billboard on Sunset Boulevard for MADE (the Downtown Women’s Center production studio).

“I love working with and for the Downtown Women's Center, and I still get to help women who are just like me. Also, I get to help the wonderful Skid Row Community who were so generous to me when everyone else looked away. The Downtown Women's Center will forever be in my prayers because when I was ready to give up and go back home, they helped me stay to continue living my dreams.”

EWDD is a leadership team partner of Los Angeles Regional Initiative for Social Enterprise (LA:RISE), an innovative, collaborative partnership that unites the City and County of Los Angeles’ Workforce Development System with non-profit social enterprises and for-profit employers to help people with high barriers to employment get good jobs and stay employed.

The City’s WorkSource Centers and LA:RISE prioritize individuals recently released from prison, the unsheltered or those at risk of homelessness, and youth ages 18-24 who are neither in school nor employed. After working in a transitional job at a social enterprise, leveraging WorkSource Center training and services, LA:RISE participants are placed in permanent jobs within the private or the public sector.

This story is part of the EWDD UPDATES from the week of June 13, 2021. Read this issue and more.