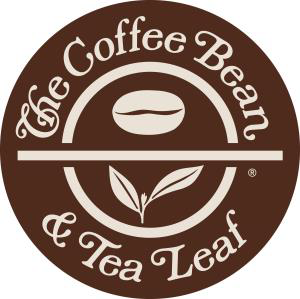 EWDD is pleased to have sold a City-owned site located at 6000 Jefferson Boulevard for the development of a housing office, coffee roasting facility and bakery for the new LA home-base of the Coffee Bean and Tea Leaf Corporation.

Coffee Bean and Tea Leaf, a Los Angeles-based company, purchased the 3.6-acre property from the City of Los Angeles with plans to build its new headquarters on the industrial parcel, adjacent to the up-and-coming Hayden Tract in Culver City. EWDD negotiated the sale and prepared the covenant agreement obligating the buyer and property tenants to retain and create more than 200 construction and permanent jobs at the site. EWDD will also monitor the number of living wage jobs to be created or retained though annual job reporting.

The sale will contribute to the economic development of the City by moving a public property onto the tax rolls as a site for employment and economic activity, and by providing a location for the consolidation and expansion of a Los Angeles-based company that has a critical need to relocate to larger facilities.

In 1996, the City’s Department of Public Works Bureau of Sanitation acquired a 5.1-acre property at 6000 Jefferson Boulevard from Chevron for the purpose of constructing a solid resources management facility for the West Los Angeles waste shed. However, the property was never developed for that purpose. Though in 2010, a 1.5-acre portion of the parcel was developed as an air treatment facility.

The remaining property, measuring approximately 156,816 square feet (or 3.6 acres), was utilized by the Bureau of Sanitation for storage of empty containers and vehicles. The property has been formally subdivided and been determined to have no further use for municipal activity.

The new CBTL location is adjacent to the Hayden Tract, an industrial tract in Culver City that has seen significant private-sector investment in the past two decades as it has transitioned from a dilapidated industrial district into a jobs-rich mix of uses including office, creative space, light manufacturing, advertising and technology. The property is also within half a mile of the La Cienega/Jefferson station of the Metro Expo Line light rail, providing mass transit options for workers and visitors.

The CBTL project’s scope serves to eliminate physical blight by developing the vacant, underutilized parcel, aiding the current revitalization efforts in the neighborhood. The project will also alleviate economic blight in the community through temporary construction jobs and permanent living wage jobs, along with generating new taxes and facilitating growth in the City of a locally-based, multi-national corporation.


This story is part of the EWDD UPDATES Newsletter from the week of 9/18/2017. Read this issue and more.